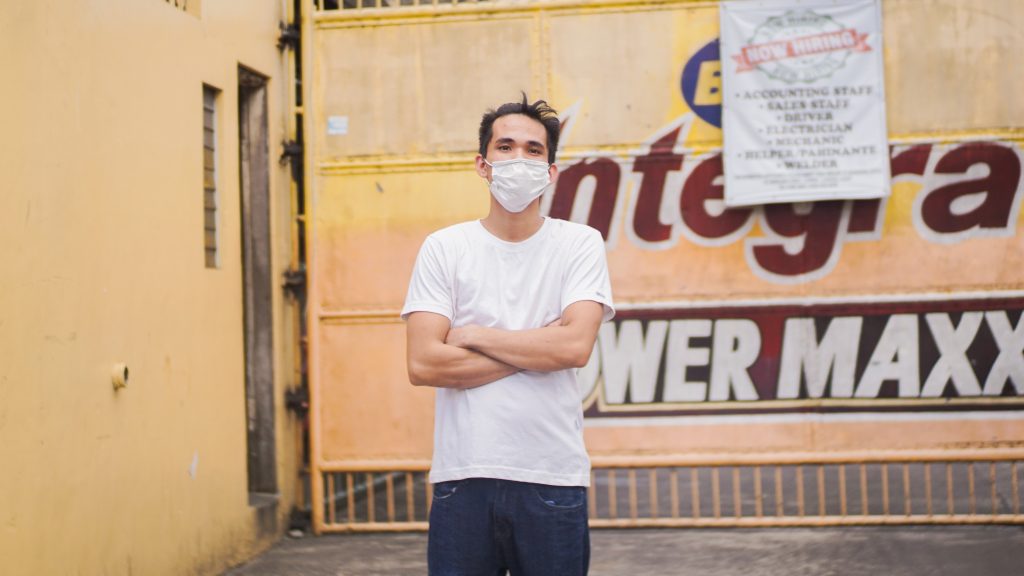 Like many farming families in the Philippines, 23-year-old Jessie Mapagdalita’s family does not own the land they till. His kuya has to take on construction jobs when he’s not farming with their father. Meanwhile, his sister and his mom tend to their home. Youngest in a family of five, Jessie appears to be a timid young man. But, when enjoined in opportunities to learn and train for employment, he was very diligent.

Jessie used to go to high school, but one month into the new school year in 2011, he caught a fever and missed classes for two weeks.

“Nahiya na akong bumalik,” he said. (I was embarrassed to go back.)

Feeling like it was too late to catch up on schoolwork, he dropped out. But, after farming and taking on short-term jobs for eight years, he enrolled again this time in the Department of Education’s Alternative Learning System or ALS. ALS offers a practical option for out-of-school youth (OSY) like Jessie who has to work to help their family. ALS adapts to its learners’ schedule and is community-based, making access less costly for OSYs.

The USAID Opportunity 2.0 program is designed to help OSY like Jessie achieve their goals whether it is to higher education, employment, or entrepreneurship. The program does this by collaborating with key agencies in the Philippines as well as local government units and businesses.

And because the program aims to strengthen OSY-serving systems, it establishes Youth Development Alliances (YDAs) in the cities it is working with. The YDA is a mechanism that gathers key actors in the city in one group, enabling them to harmonize their youth programs and pursue goals together in a more comprehensive and coordinated manner.

In 2020, when Opportunity 2.0 began its activities in Legazpi City, more training was made available for Jessie who had just completed ALS a year prior. Through the program, he also got work readiness and entrepreneurship trainings. He remains to be a shy and soft-spoken young man, but he is also honest, self-aware, and always asking questions about things he is unsure about, according to his peers and facilitators.

The YDA is led by the city government but has a multi-sector membership that includes the youth themselves and local businesses. It is because of the city’s YDA activities through which an owner of a local corporation was engaged.

Mr. Johnson Uy is a successful businessman in Legazpi City and he is a staunch believer in the potential of the youth. He participated in assessing the local labor market with the city YDA and embraced the private sector’s valuable role in developing the future workforce. His company hosted work immersions as part of the youth’s skills training in Legazpi City. Jessie was one of the learners who landed an on-the-job training slot at one of the companies under Uy’s Manzihing Corporation called Mabuhay Chicken, a poultry processing warehouse that supplies uncooked frozen chicken around the city. 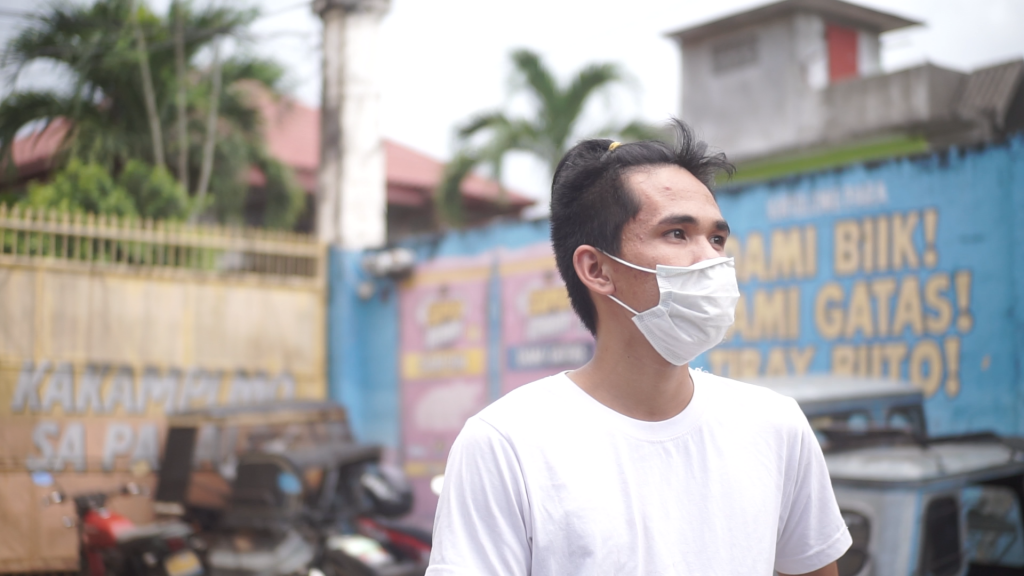 “Kaya ko kaya ‘yon, Ma’am? (Do you think I can do it, Ma’am?),” he asked Angela Obsum, Opportunity 2.0’s Private Sector Officer for Legazpi City during one of their career counseling sessions. “Baka hindi ko kaya ‘yong work, (Maybe I can’t handle the work,)” he added.

Angela clearly sensed his usual hesitance—a lack of confidence common among Filipino OSY—but she endorsed his profile to Manzihing Corporation anyway, along with some guidance and words of encouragement. This is where Jessie did work immersion as a Warehouse Assistant. With lessons from ALS and additional Opportunity 2.0 training, Angela was confident in the capacity of the upskilled youth.

“This [work experience gathering] was difficult for me because I live far from the city proper (where most businesses and job opportunities are),” recalls Jessie. He was worried about his daily commute budget.

Through Opportunity 2.0’s training program, Jessie managed to get experience from a local grocery store near his home as well. All in all, the experiences exposed him to tasks like customer service, sales summarizing, and doing inventory, among others. He even learned first-hand from his co-workers.

“I really enjoyed the informal interview with employees because they shared a lot of their experiences on how they found work, and how to employ good communication in customer service,” said Jessie. The first friend he made at work immersion also happened to be an ALS graduate just like him. “Tinuruan niya ako ng techniques para magawa nang maayos at mapadali ang trabaho.” Jessie shared. (He taught me some techniques to do my job properly and in an easier way.)

At the end of his work immersion, Jessie didn’t tell anyone he finally went on and applied for the job permanently. Angela and the rest of the Opportunity 2.0 team were happy to hear the Human Resource Office gave him a positive performance review during the work immersion.

On the 2nd of August 2021, Angela received a notification on her phone. She calls to find out Jessie was on the other end of the line.

Jessie is only one of the many OSY that YDAs aim to help through the USAID Opportunity 2.0 program. Thousands of OSYs across the country are likewise being facilitated towards higher education, employment, or entrepreneurship.# 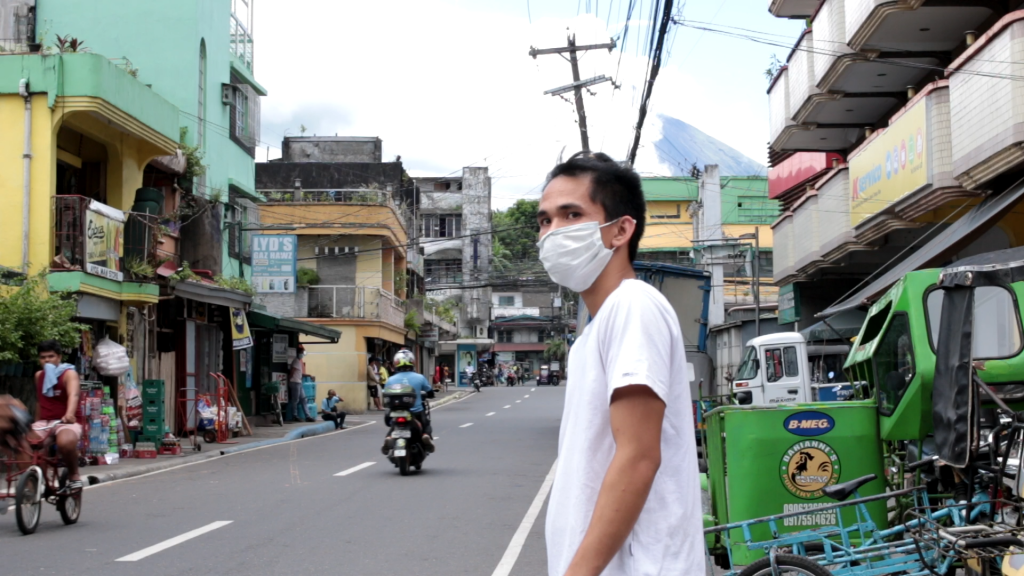 Teacher braves new tech, restores access to education for learners in her community
It has been seven months since the teachers of the Philippine Alternative Learning System (ALS) were trained on delivering new Life Skills self-directed modules. New modules were fast-tracked and developed...

Tech-Voc training goes online, restores hope to vulnerable youth
Sixteen-year-old Jhon Vert Oponda from Zamboanga City dropped out of school when the lockdown was imposed in the Philippines at the onset of COVID-19. The new arrangements for online classes...
This website uses cookies to improve your experience. We'll assume you're ok with this, but you can opt-out if you wish. Cookie settingsACCEPT
Manage consent